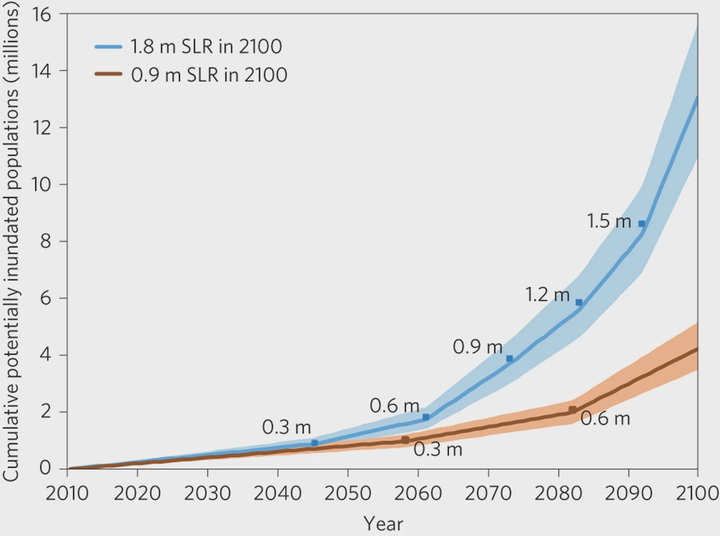 Sea-level rise (SLR) is one of the most apparent climate change stressors facing human society1. Although it is known that many people at present inhabit areas vulnerable to SLR2,3, few studies have accounted for ongoing population growth when assessing the potential magnitude of future impacts4. Here we address this issue by coupling a small-area population projection with a SLR vulnerability assessment across all United States coastal counties. We find that a 2100 SLR of 0.9 m places a land area projected to house 4.2 million people at risk of inundation, whereas 1.8 m affects 13.1 million people—approximately two times larger than indicated by current populations. These results suggest that the absence of protective measures could lead to US population movements of a magnitude similar to the twentieth century Great Migration of southern African-Americans5. Furthermore, our population projection approach can be readily adapted to assess other hazards or to model future per capita economic impacts.