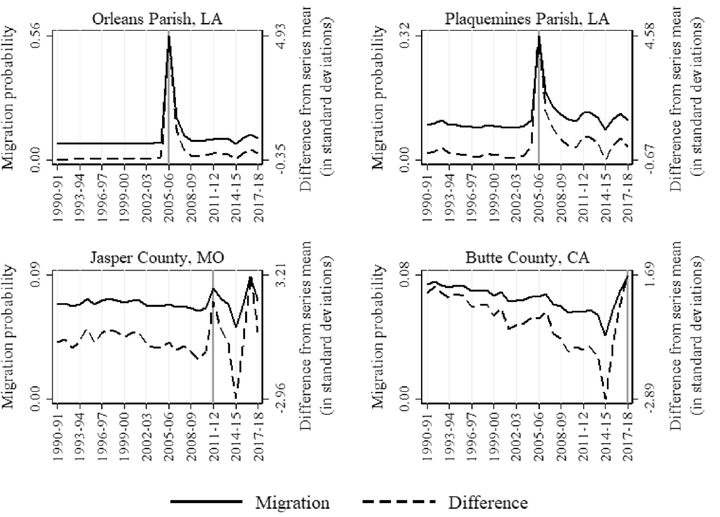 The U.S. Internal Revenue Service (IRS) makes publicly and freely available period migration data at the state and county levels. Among their uses, these data inform estimates of net-migration as part of the U.S. Census Bureau’s Population Estimates Program, which, in turn, are used for producing other annual statistics, survey design, business and community planning, and federal funding allocations. Building on and extending prior research, we devote this Research Brief to documenting from multiple new angles a highly concerning and apparently systemic problem with the IRS migration data since the IRS took over responsibilities for preparing these data from the U.S. Census Bureau in 2011. As we then discuss, despite the fact that the IRS provides documentation detailing changes that it made to how it prepares these data relative to how the U.S. Census Bureau prepared them, it is not clear why or how these changes would result in the problem detailed in our analysis. Given that this problem appears to be an internal one within the IRS, we conclude by suggesting that the post 2011–2012 IRS migration data not be used until this problem is resolved, and we encourage the IRS to do so quickly, transparently, and collaboratively.